A Falmouth newspaper of 1770 records land being acquired in the cove for the erection of a ‘fish cellar’ which we know was fully operational by 1820. Cellars comprised an open courtyard with part covered for stacking herring which were pressed or pickled in brine. Adjacent were lofts for storing nets and tackle to which a capstan was added; a wooden shaft which stood the height of the loft. Into this were placed four arms for hauling. Around the shaft was wound rope which exited what is now the main bedroom to help drag boats, bow nose up, across the shingle and onto the slipway (now replaced by the terrace) known as Billy’s slip after the capstan house tenant, Bill Jane. The boats, five in number, were owned by the Badgers seining company. The pilchard industry did not survive the turn of the 20th century and the loft became used for storing pots and fishing gear, the boats hauled up the beach by engines not manpower.

We do not know the date, however at some point a young man who was deaf and unable to speak arrived in the village and it is speculated that he was a survivor of a shipwreck. He was embraced by the community, who called him ‘Dummer’ and it is believed they provided with a boat so that he could earn his living.  He lived in what is now the roof space which was accessed by a ship’s companionway. With no water or power, living here was ‘bucket and chuckit’ until the loft was converted in 1957. A photograph of Dummer hangs beside the door onto the terrace and he is included in the group photograph on the landing.

Since then, it has been used as a home and artist’s studio by such as J. Tunnard and Donnington while David Shepherd lived the house next door in Todden Cottage. While now a cherished home, Dummers Loft retains many authentic features which includes clouts, nails and tackle rail. 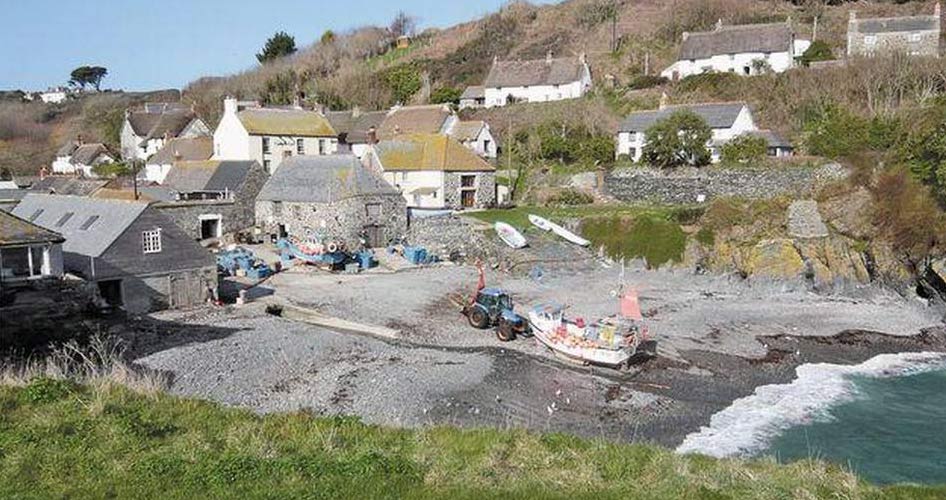